Based in our Nations Capital- Ottawa Ontario, Luv2Groove™ tours year round across Canada bringing the dance to you! This year marks Luv2Groove’s 10th year spreading dance education to kids and educators everywhere! Since 2009,  Luv2Groove™ has been empowering minds and bodies of  all ages through our school programs, summer camps,  birthday parties, day cares, professional development workshops,  teacher education programs, conferences and more. To date, Luv2Groove™ has taught in over 700 schools to thousands of youth each year.

Julia Gutsik, Founder/Artistic Director of Luv2Groove™ started dancing at a very young age, and quickly became familiar with a variety of dance styles, including hip hop and breakdancing. After earning a bachelor’s degree in dance at the University of Calgary in 2003, she began dancing professionally in Montreal, touring Canada, the U.S. and Europe for five years with a number of dance companies. In addition, from 2007-2011 she traveled across the Arctic including Nunavut and Nunavik facilitating social work through hip hop programs with Blueprintforlife. Equipped and inspired with new ideas, Julia returned to Ottawa in 2009 to complete first a bachelor’s degree and then a master’s degree in education at the University of Ottawa, graduating in 2012. Throughout this time, she realized a need for dance programming in schools where she could blend both her passions for dance and education.

As a result, Julia decided to design and develop a dance program that aligned directly with the arts curriculum. Creating a program that made dance accessible for everyBODY, ability, age level and exceptionality.

“Our goal is making making sure every child feels successful in our program. My team and I can honestly say we love our job. It’s so amazing to watch students get so into it! The smiles on their faces when they’re moving and just having fun. Or when a teacher comes up to us and tells us that they saw a different side in their students they never saw before. Overall, it’s an opportunity for students to express themselves in their own way while being themselves”!

Our MISSION is to foster the growth and development of dance education through a blending of our passions in dance, health and education. Our goal is to enhance the arts curriculum in schools by encouraging students to move, groove and to have fun. Throughout all our workshops and dance units, students will gain self-confidence, develop discipline, increase their physical capabilities and gain a deeper appreciation for the arts. Luv2Groove™ is a powerful educational program meeting the physical, intellectual and mental well-being of every student. We believe in celebrating our diverse society and focus on creating spaces where students feel safe, valued, and respected through dance!

See What Teachers are saying!

Luv2Groove™ brings the dance to you, making dance accessible to any location. We provide professional dance instructors/educators, along with their own portable sound system and wireless microphone when delivering workshops.

For more information on rates / availabilities please contact us directly at:
info@luv2groove.com 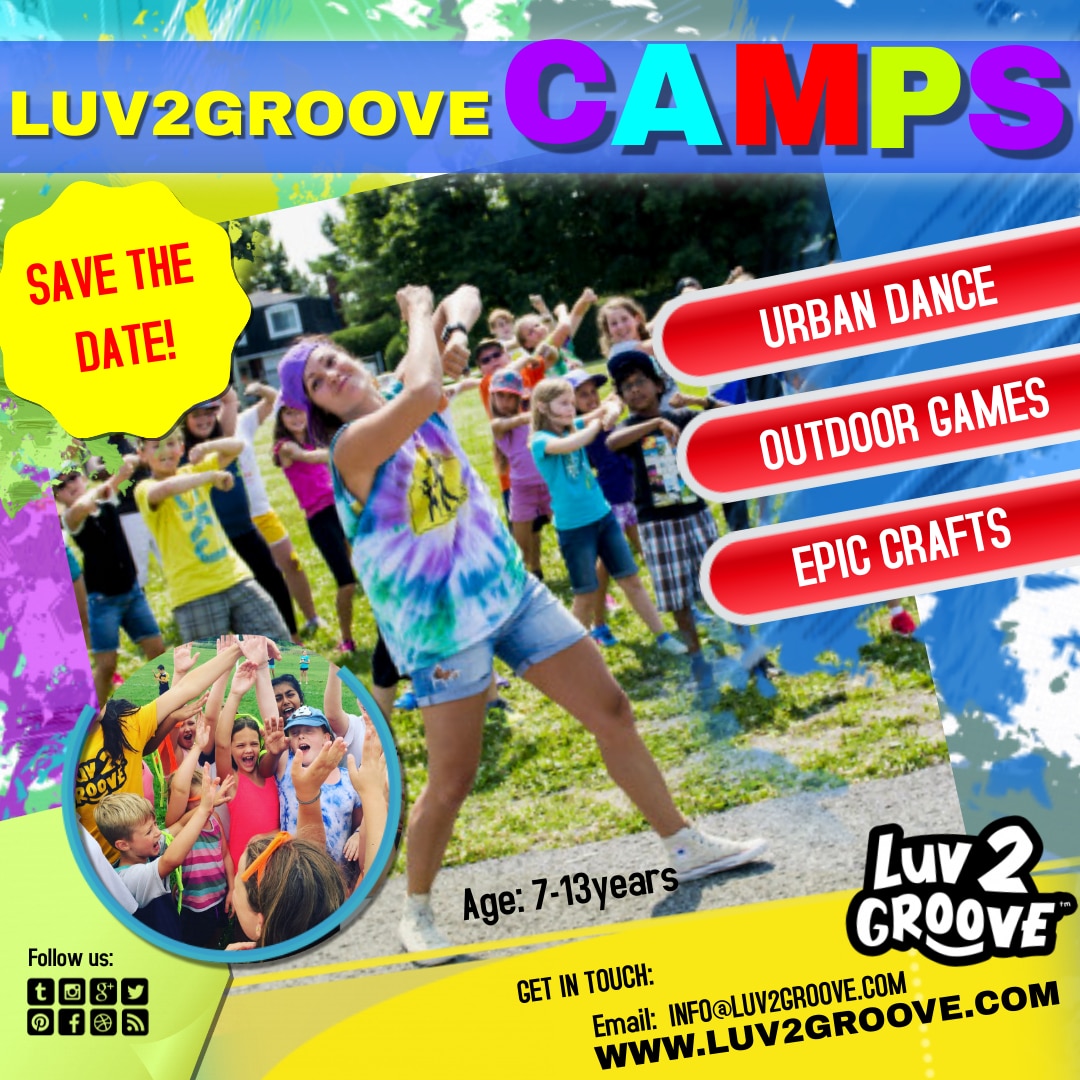 We are super excited to announce we will be running 3 exclusive weeks of summer camp this summer! Spots are limited!