Pearline Barrett-Fraser also known as “Pearl B-Fresh” was born and raised in the birthplace of hip hop- the Bronx, New York. This is where Pearl discovered her passion for dancing. At a very young age, Pearl explored her love for music and dance by watching street performances and performing in multiple productions and charity events around New York. Pearline’s love for dance, led her to co-choreograph multi-cultural shows during her high school years. After moving to Canada, Pearl continued honing her skills as a dancer learning from various teachers in the City. In 2014, she fell in love with the Afro-urban dance scene and currently performs at local events and festivals including the NAC and City Hall with NRG dance production. Pearl draws her inspirations from artists such as Michael Jackson, Aaliyah and choreographers Tabitha and Napoleon “NappyTabs” D’umo, and William “WIlldabeast” Adams. Pearl has a passion to teach others the importance of the arts, movement and creativity. She is currently studying Psychology at the University of Ottawa with a focus in Child development and plans to pursue her B.Ed. in the upcoming years.

“Listen to the music and let your body express the words for you. Anyone and everyone can dance.” 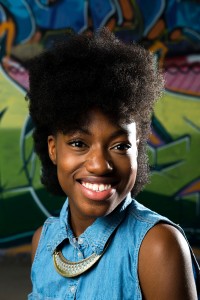 The health of our Luv2Groove™ team and amazing clients is important to us.
Due to the spread of COVID-19, we've been offering FREE live dance sessions every Wednesday at 11am via our Luv2Groove™ Facebook page.

Stay tuned on how our school programs and summer camps will proceed which will be outlined by the Ontario Ministry of Health .

Click here to drop us a line and find out more.